What is Apecoin? It is a cryptocurrency launched in March 2022. Apecoin was immediately listed on the major cryptocurrency exchanges and it reached a market cap of billions of dollars within hours. This article is an Apecoin beginner’s guide. We will go through the background of the project, the purpose of the APE token, and its potential as an investment.

Note: At the time of writing, there is still limited information available. We will update this article in the future as we get more information.

Let’s start with the background of Apecoin. This cryptocurrency is closely linked to the NFT world and a company called Yuga Labs.

Until now, few people have heard of Yuga Labs outside the NFT industry. What people do know is the highest value brand created by Yuga Labs: the Bored Ape Yacht Club (or Bored Apes). It is arguably the most famous NFT collection in the world. Many popular celebrities own Bored Apes as well.

Note: If you are unfamiliar with the NFT technology, please check our NFT beginner’s guide first.

Below are pictures of Bored Apes in the OpenSea marketplace. The floor price is around 100 ETH, which is around $300,000 at the time of writing this article. The most expensive Bored Apes cost millions of dollars. Yuga Labs has also created a mutant version of these apes called the Mutant Ape Yacht Club. There is also a dog-themed collection known as the Bored Ape Kennel Club.

Yuga Labs has a strong position in the NFT market having announced a huge deal just a week before Apecoin was announced. Yuga Labs bought the rights to CryptoPunks and Meebits NFT collections from Larva Labs. Yuga Labs, therefore, owns the best-known brands in the NFT market.

The deal is also significant as Yuga Labs announced that it will grant intellectual property and commercialization rights to the owners of CryptoPunks and Meebits. Until now they had been owned by Larva Labs. Each owner of CryptoPunks will be able to commercialize their own NFTs. Bored Apes owners already had these rights.

The NFT business has been very profitable. Yuga Labs made a net profit of $127 million last year.

The launch of the Apecoin

Apecoin became available for trading on the 17th of March 2022. It is backed by the aforementioned Yuga Labs. It says something about the status of Apecoin and Yuga Labs that the APE token was immediately listed on the biggest exchanges, such as Binance, Coinbase, FTX, KuCoin, and Kraken.

Apecoin is a governance token. This is also the case for tokens of DeFi protocols, such as Aave and Uniswap. They give voting rights for the development of the protocol. The voting power of the APE token is used in The Ape DAO, which is introduced in more detail in the next paragraph.

Bored Ape Yacht Club, Mutant Ape Yacht Club, and Bored Ape Kennel Club were also involved in the launch. Every person who owned these collections received APE tokens as an airdrop. For example, each owner of Bored Apes received 10,094 APE tokens, with a market value of over $110,000 at the time of writing.

There are two types of airdrops. Either you get the tokens directly into your wallet, or you have to go through a claiming process. In this case, it was the latter type. APE tokens can be claimed at apecoin.com/claim.

One billion APE tokens were issued, of which 530 million went to the owners of the aforementioned NFT collections, Yuga Labs, and its partners. Almost half (470 million) of the tokens are held by the Ape DAO. At launch, 117.5 million have been unlocked. The rest of the tokens will be released to the DAO at a volume of 7.4 million tokens per month over the next 48 months.

Apecoin (APE) is an ERC-20 token launched on the Ethereum platform. You can store it in the MetaMask wallet for example. It is likely that the APE token will soon be supported by all the most popular wallets.

The Ape DAO and the Apecoin Foundation

Yuga Labs has been planning to launch a cryptocurrency for some time. Apparently, discussions with the SEC and lawyers led Yuga Labs to make the launch through a DAO structure.

DAO stands for Decentralized Autonomous Organization. They have been around for years but became increasingly popular with the DeFi boom. A DAO can be seen as like a virtual government. You become a member by buying a token, and each token gives its owner one vote.

Apecoin is controlled by the Ape DAO. The day-to-day work is carried out by a separate entity called the Ape Foundation. Its role is described as follows.

The Foundation facilitates decentralized and community-led governance and is designed to become more decentralized over time. It is tasked with administering the decisions of the ApeCoin DAO, and is responsible for day-to-day administration, bookkeeping, project management, and other tasks that ensure the DAO community’s ideas have the support they need to become a reality.

The Ape DAO and the Apecoin Foundation are not owned by Yuga Labs. The company has obviously been involved in the launch of Apecoin, and someone also has to create the DAO and the foundation in practice.

Yuga Labs also received 15% of all Apecoin tokens, with a further 8% going to the founders of Bored Apes, or Yuga Labs, as there are partly the same people. Yuga Labs, therefore, has strong voting power in DAO.

Apecoin as an investment

Now that we are familiar with the Apecoin launch and its background, it can be considered as an investment. What exactly is the potential of the APE token?

First, it is worth considering the use cases of Apecoin. It is important to understand that APE is not directly linked to Yuga Labs. Many people would certainly be interested in acquiring a slice of Yuga Labs, but unfortunately, this is not possible.

Apecoin is the governance token of the Ape DAO. Its price will theoretically depend on how valuable the Ape DAO is defined. This is not entirely straightforward. The DeFi sector has proven that the popularity or the liquidity (TVL) of a protocol is not directly related to its price. The fair price for governance tokens is challenging to determine. This is likely to be the case for Apecoin too.

However, it is already known that Apecoin will be more than just a governance token. Yuga Labs is actually building its own metaverse. The project is known as MetaRPG. It is likely that Yuga Labs’ NFT brands will be linked to this world.

The founders of Yuga Labs are big fans of MMORPGs (Massive Multiplayer Online Role-Playing Games), so MetaRPG will also be a game-based metaverse. What role Bored Apes will play here, remains to be seen. Apecoin could be the native currency of this metaverse.

Watch the video below and make your own conclusions.

See you on the Otherside in April. Powered by @apecoin pic.twitter.com/1cnSk1CjXS

Yuga Labs is building an ecosystem, which brings more use cases for Apecoin. In the last few days, there have also been a couple of smaller news announcements from the NFT world, one of which is Benji Bananas.

Apecoin is still a big question mark at this stage. Its market cap is already in the same range as the tokens of the biggest metaverse projects (Decentraland & The Sandbox). Is Yuga Labs’ metaverse worth much more compared to these?

It is also worth noting the side effects of the airdrop. How many Bored Apes owners are currently waiting for the price to rise so they can dump their free APE tokens? Many Bored Apes NFT owners may see Apecoin as an opportunity to lock in profits from their artwork.

At the time of writing, Apecoin has been available for trading for a couple of days. Its price has already swung between $6 and $20 dollars. Volatility is sure to continue until the market slowly reaches a consensus on the valuation of the project. We see Apecoin as a high-risk investment and do not recommend it for beginners.

Apecoin price and how to buy Apecoin

Apecoin can be found from the most popular cryptocurrency exchanges. The best place to buy is the market leader Binance, where you can find several different pairs for trading and plenty of liquidity. You can deposit easily by debit card or SEPA bank transfer.

Other safe and reliable places to buy are Coinbase and FTX.

Also, check out the video below from the Bankless Youtube channel. 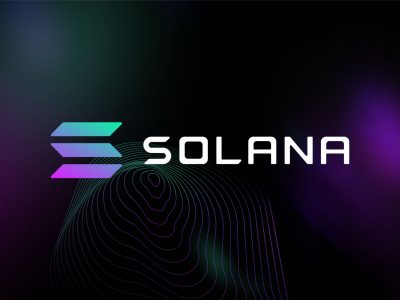 This website has affiliate links. We may receive compensation if you visit partners we recommend. ...
By bitcoinadmin
April 18, 2022 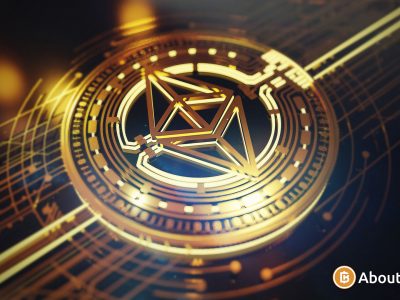 This website has affiliate links. We may receive compensation if you visit partners we recommend. ...
By bitcoinadmin
April 5, 2022 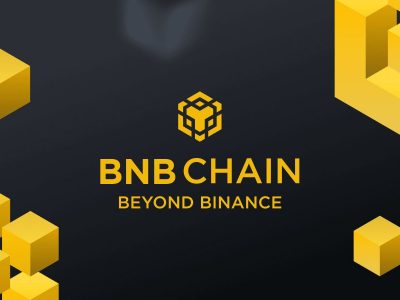 This website has affiliate links. We may receive compensation if you visit partners we recommend. ...
By bitcoinadmin
March 19, 2022