Twitter’s board has accepted Elon Musk’s takeover bid. Can Musk fix the problems of Twitter? Despite rumors, the Central African Republic did not follow the example of El Salvador. Near Protocol challenges Terra with its algorithmic stablecoin. A hack and a smart contract bug in the world of NFTs. Coinbase expands globally and launches an NFT marketplace.

Yesterday, the weeks-long drama around Twitter was brought to an end. Twitter’s board finally accepted billionaire Elon Musk’s offer of $54.20 per share. This means a purchase price of $44 billion.

This was a rather surprising turn of events, as Twitter management recently introduced a poison pill plan. The goal was specifically to prevent a hostile takeover attempt. Why did the board make an u-turn?

A well-known trader Gareth Soloway tweeted yesterday the following theory: in a couple of days, Twitter will publish Q1/2022 results with weak figures. If the board would reject Musk’s offer on top of this, it could mean a sharp plunge in the share price. For example, Netflix’s share price fell by almost 40% in the previous week.

Musk made the following tweet after his bid was accepted. This tweet is fast becoming one of the most retweeted and liked tweets in history.

What have Twitter and Elon Musk to do with cryptocurrencies?

The first is the possible integration of Bitcoin and Dogecoin. Elon Musk is a well-known Dogecoin fan, and the DOGE price moved by more than 25% after the news. One way to fight bots could be a small (Bitcoin) fee & user verification. It would then be easy to exclude bot accounts.

At the moment, bots and criminals creating scam accounts are a big problem – especially for the most popular tweeters. Musk has said that he will focus on this issue. He is also a supporter of free speech and wants to take Twitter private. Musk also wants to push for other reforms, such as message editing, as the lack of this feature has clearly slowed Twitter’s popularity.

The cryptocurrency community has received the news positively. Twitter is now owned by an individual who is a well-known cryptocurrency advocate. Surely things can’t get any worse than they are now?

The Central African Republic and Bitcoin

Many Twitter accounts reported yesterday that El Salvador has finally got a follower. It is the Central African Republic, a poor country at the heart of the African continent. According to the Human Development Index (2018), the standard of living in CAR is the lowest in the world. So is its GDP per capita (2017).

This would be great ground for Bitcoin, especially considering the situation with the Central African Republic’s currency. Like 13 other countries in West and Central Africa, the country uses the CFA franc, which is entirely controlled by the West, particularly France. Its roots go back to the colonial era.

Citizens of the Central African Republic have not had easy access to Bitcoin. Apparently, a recent change in the law legalizes the use of Bitcoin in the financial markets. Now citizens can also acquire bitcoins more easily, and businesses can take Bitcoin payments if they wish.

Cointelegraph underlines that the Central African Republic has not made Bitcoin an official means of payment like El Salvador. The above quote is from the Cointelegraph article.

In any case, it is a step in the right direction in the adoption of Bitcoin at the state level.

Terra’s UST stablecoin has been one of the winners of 2022. A week ago, we reported on UST’s rise to become the third-largest stablecoin on the market. UST’s market cap has increased by more than 80% during the calendar year.

UST is the first successful algorithmic stablecoin. This means a stablecoin that has no fiat reserves. The UST price stays at one dollar through a simple arbitrage mechanism.

UST got an interesting challenger yesterday when Near Protocol launched its own USN stablecoin. Like UST, it is an algorithmic stablecoin.

Near Protocol’s native token, Near, is one of the few cryptocurrencies with a positive year 2022 performance. This applies to Terra Luna as well. These two are the hottest smart contract platforms in the market.

Terra’s native token Luna has received a huge boost from the UST, as Luna tokens are used to mint UST coins. This is also the case with the Near token and the USN stablecoin.

Starting today, users can mint $USN using $NEAR through the NEAR web wallet (https://t.co/Kc7Tr4M7B8). Users can also swap between $USN and $USDT on @finance_ref's StableSwap. pic.twitter.com/ZacQNGaTOV

USN is managed by a DAO called Decentral Bank. You can read more detailed specs from this article. One important point is made in the opening paragraph. In addition to the NEAR token, the USN stablecoin is backed by a USDT reserve.

Terra has also started to implement a double reserve this spring. The project aims to build up to $10 billion worth of Bitcoin reserves for a very rainy day.

The UST stablecoin has been hugely popular due to the 20% APY offered by the Anchor protocol, a popular DeFi app. The popularity of USN also depends on the yield it receives from DeFi apps. If USN starts to grow, it could boost the Near token to new levels.

News from the NFT world: The Akutar bug and the Bored Apes hack

Let’s check some news from the NFT world. They are good reminders to investors of the risks associated with NFT investing.

The first case is Akutars NFT collection announced on Friday. It is an astronaut-themed collection of NFT 3D art. Akutar was originally created by MLB player Micah Johnson.

15,000 avatars of a black kid astronaut are going to take over Twitter profile pictures Friday.

Unfortunately, the launch went badly wrong. One line of incorrect code in the smart contract locked up $34 million worth of investors’ funds for good. They are inaccessible to investors who bought NFT and to the creators of Akutar. Read more from this article.

The hacker promoted an airdrop on the official BAYC IG account and asked users to connect their MetaMask wallet to a smart contract. The criminals received access to the wallets of the unfortunate individuals. Although the incident was quickly detected, the losses were over $3 million.

Similar incidents have also been seen on Twitter. According to Decrypt, 2FA has also been used on these accounts, but it has not prevented the criminals’ activities.

Coinbase acquisitions and the NFT marketplace

The U.S.-based Coinbase is one of the world’s leading cryptocurrency exchanges. It is also the only cryptocurrency trading platform listed on a U.S. exchange.

Coinbase has grown dramatically in recent years adding tens of millions of customers. The company is looking to expand its market share even further globally. Currently, Coinbase has its sights set on two major players: BtcTurk and Mercado Bitcoin.

.@coinbase is in talks to buy Turkey's @btcturk in a deal that could be valued about $3.2 billion.

The first one is the largest cryptocurrency exchange in Turkey with 4.5 million customers. Bloomberg reported last week about Coinbase’s acquisition intentions. BtcTurk has a valuation of $3.2 billion, so it’s not exactly a small kiosk. Cryptocurrencies are very popular in Turkey due to the country’s disastrous inflation rate.

Mercado Bitcoin is the largest cryptocurrency exchange in Brazil. It has 3.2 million customers with a $2.1 billion valuation. If these deals go through, the combined customer base of the crypto exchanges owned by Coinbase would reach almost 100 million. That’s about a third of global crypto investors. Beta testers are at the top of the waiting list. Coinbase NFT will also be open to everyone in the near future.

According to reports, Coinbase aims to combine the NFT world with Instagram. It is not a direct competitor to the popular OpenSea trading platform. Interactivity between buyers and sellers is also an important point.

Apparently, you can create a profile using any Web3 wallet, and there is no requirement to open an account on the Coinbase exchange. Though, the age limit of 18 will probably mean some kind of a KYC process. 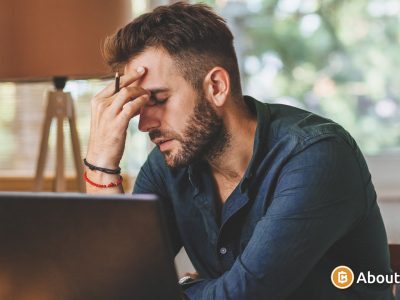 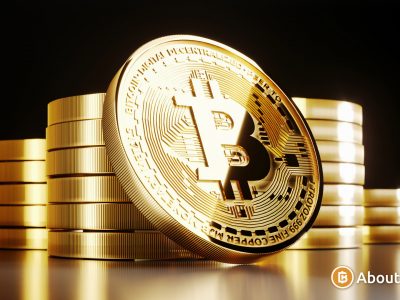