If you want to learn the basics of the current Ethereum platform, check our beginner’s guide first. We won’t go through the details of Ethereum in this article.

The history of Ethereum 2.0

Let’s make a quick history tour to find out where Ethereum 2.0 is coming from and why was it launched?

Ethereum was originally described by Vitalik Buterin in late 2013. The project started to take off in 2014. Ethereum was not launched by Vitalik alone, but it had at least half a dozen additional founders.

You might have already heard of Cardano founder Charles Hoskinson or Polkadot founder Gavin Wood. These two fellows were founding fathers with Buterin and a couple of other people.

The Ethereum blockchain was launched on the 30th of July 2015. This started a long process of hard forks, which have led to the launch of Ethereum 2.0 in December 2020. One could say the process has taken around five years, depending on how you count.

The vision of Ethereum 2.0 has been discussed already before version 1.0 even launched. It was clear from the very beginning, that the proof of work-based consensus model doesn’t have the capacity to run the “World Computer” vision of Vitalik Buterin. Cryptocurrency investors have followed Ethereum’s struggle with high intensity. Many have been in disbelief due to several delays. Some analysts thought the 2.0 version would never even launch. Ethereum community has proven all doubters wrong.

The final step from Ethereum 1.0 to Ethereum 2.0 was the launch of the deposit contract in November 2020. This is a smart contract, which is used to lock ETH tokens for staking. A total of 524,288 ETH tokens were required to be staked one week before the official launch date.

The required amount was reached on the final day (24th of Nov 2020). Thus, Ethereum 2.0 was launched as planned.

Vitalik Buterin made the following tweet after the genesis block of Ethereum 2.0 was created and validated.

Normal people: we should really put something profound in the first block of the ethereum PoS chain, something about giant leaps for mankind or whatever.

This was an important milestone, but the launch of Ethereum 2.0 was just the first step. You could almost say it’s like a TestNet with no real functionality yet. This Serenity stage has many more phases left to be finalized before Ethereum 2.0 is ready with all its features.

Next, we’ll go through the roadmap of Ethereum 2.0 and explain the differences between the 1.0 and 2.0 versions.

What was launched on the 1st of Dec 2020 is called a Beacon chain. This is a blockchain running parallel to the old (current) Ethereum blockchain we call Ethereum 1.0. This doesn’t mean there is a blockchain swap or a token swap happening. The current network keeps running for a few years, at least.

Features of the Beacon chain will be upgraded when Ethereum 2.0 progresses further. In the beginning, it doesn’t support smart contracts or Dapps. No one can build anything on the Beacon chain for a while.

The Beacon chain is titled Phase 0 in the final stage of the Ethereum 2.0 development.

The Beacon chain is an important milestone for the project. It introduces staking because the Beacon chain uses a proof of stake consensus algorithm. This means that miners, who are running the current Ethereum network, will go extinct. They won’t be needed anymore.

If you want to become a validator in the Beacon chain, you need to stake 32 ETH tokens. With the current price, this means almost 20.000 USD investment. If you are interested in running a node and staking ETH, you’d check Ethereum 2.0 Launchpad and the video below.

There are lots of videos about Ethereum 2.0 staking on Youtube.

One should note that this is not a trivial thing to do. This is not a typical staking process, where you can just withdraw your funds at any time. If you invest 32 ETH and become a validator node, you cannot withdraw your stake until Ethereum 2.0 is fully running. This should take a couple of years.

Those who can afford to stake 32 ETH will enjoy an APY of about 15 %, depending on how many ETH will eventually be staked. Check the Launchpad for more information.

Since 32 ETH is quite a big investment, there are other options for smaller investors. Binance offers already Ethereum 2.0 staking, as an example. Rocket Pool is a popular service making it possible to stake starting as low as 0.01 ETH.

Ethereum 2.0 Proof of Stake and sharding

In the previous chapter, we dived into Ethereum 2.0 staking and the Beacon chain. This is Phase 0. But, why is Ethereum moving from proof-of-work to proof-of-stake?

Using a proof-of-work algorithm requires physical mining devices. These set limits to scalability. For example, Ethereum can process 15 TPS and Bitcoin about half of that. Third-generation platforms can handle thousands of TPS.

All of Ethereum’s major competitors are using a proof-of-stake-based solution. The variant Ethereum is using is called Casper. It has some unique features, such as slashing, which makes it possible to punish poorly performing validators and claim some of their ETH tokens.

The key tech in the Ethereum 2.0 scaling is sharding. Zilliqa was the first blockchain to implement sharding to a MainNet. There is lots of information about sharding available on Youtube if you want to know more.

Below, you’ll find one video made for amateurs explaining Ethereum 2.0 and sharding.

To put it shortly, sharding means slicing the data load into smaller pieces. The word shard means a fragment or a piece. Not only that but those smaller fragments can be then processed simultaneously. Ethereum 2.0 will have 64 shards in the first stage.

This means that the capacity of Ethereum 2.0 is 64 times larger than the capacity of a similar blockchain without sharding. Many analysts estimate that the performance increase from the current network will be from 100x to 300x.

The implementation of sharding is called Phase 1. This should take place during the year 2021.

The final version of Ethereum takes place around 2021/2022. It is called Phase 2. This depends, of course, on the development of earlier phases. If everything goes as planned, Phase 2 should be completed in 2022. We should be prepared for delays, though.

At Phase 2, we should see all the missing features being implemented.

It will involve adding ether accounts and enabling transfers and withdrawals, implementing cross-shard transfers and contract calls, building execution environments so that scalable applications can be built on top of Ethereum 2.0, and bringing the Ethereum 1.0 chain into Ethereum 2.0 so that Proof of Work can finally be turned off. (Consensys.net)

When Phase 2 is done, all tokens will be moved from the current Ethereum blockchain to the new version. In practice, these two blockchains will be merged. The old system will eventually be turned off.

As you can see, the Ethereum 2.0 work has just begun. Even if the Beacon chain was launched successfully, it is just the first step of the final stages. Phase 0, Phase1, and Phase 2 must be completed next. We can hope this will happen before the year 2023.

This article was written on the 4th of December 2020. What should we expect from the year 2021 besides Phase 1?

The summer of 2020 saw the rise of the DeFi boom. Many Ethereum users noticed the dramatic rise in transaction costs. One had to pay 10$, 20$, or even more from a single token transaction when traders went crazy. The same thing happened with Bitcoin in late 2017.

As it’s been explained in this article, Ethereum 2.0 won’t be fully running and utilizing the new scalability for a long time. If we are lucky, it takes two years. In meantime, these applications need other scaling solutions.

Projects like xDAI and Matic have been discussed a lot in 2020, but there are other options too available. Around half a dozen decent scaling solutions exist, which will be fighting hard in the coming years.

The period from 2021 to 2023 will be critical for Ethereum’s competitors too, especially the ones, which are EVM compatible. If projects like Tron or Binance Smart Chain can’t really make an impact on the market now, their chances of success will be very low after Ethereum 2.0 is out.

Ethereum is still a massive player in the platform category. It’s so much bigger and has such a strong network effect, that there is no real competition. Even if this is the case, Ethereum 2.0 can’t be dragged on forever. Its success is crucial for the future of Ethereum.

If you want to learn more, check the official Ethereum site and the Launchpad. You’ll find more information from Consensys.net FAQ as well. Youtube is also a great resource. The good thing is that there’s lots of information about Ethereum 2.0 development available.

What is Filecoin? The Beginner’s Guide 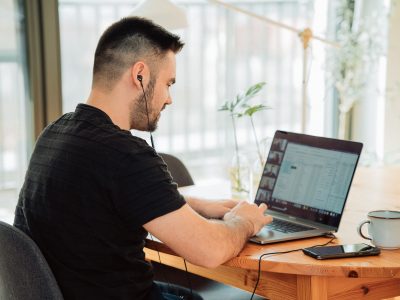 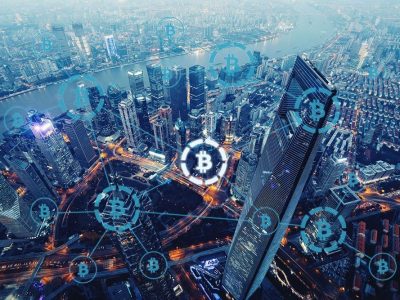 Bitcoin ETF has been discussed in the crypto industry since 2013. A significant step forward ...
By bitcoinadmin
December 16, 2021

How to buy Bitcoin – The Beginner’s Guide

This article is a beginner’s guide on how to buy Bitcoin. If you are a ...
By bitcoinadmin
December 6, 2021 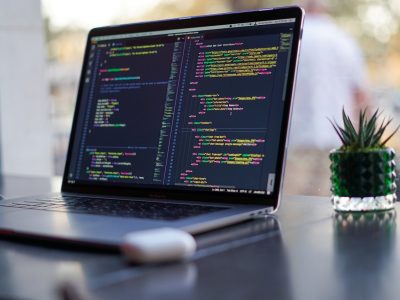 What is the Taproot update? It is one of the most important Bitcoin updates ever ...
By bitcoinadmin
November 8, 2021 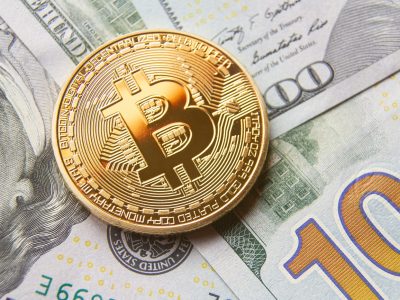 The world of cryptocurrencies experienced a historic moment on the 7th of September. This is ...
By bitcoinadmin
September 22, 2021 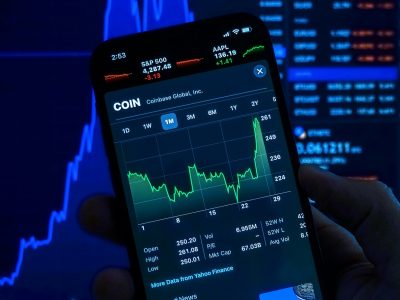 Many cryptocurrency exchanges have launched their own cryptocurrencies. These are called exchange tokens. Binance Coin ...
By bitcoinadmin
August 24, 2021