Dogecoin is one of the oldest and best-known cryptocurrencies. This meme coin started as a joke, but over the years, Dogecoin has established itself as a part of the crypto universe. Even Elon Musk is a big fan! But, what is Dogecoin? This article is the ultimate Dogecoin beginner’s guide. We’ll go through the history and technology behind Dogecoin.

Dogecoin is a traditional cryptocurrency

Bitcoin is the best-known currency. Though, the narrative has changed more and more to digital gold and store of value in the past years. Its followers, such as Litecoin, Bitcoin Cash, and Monero, represent this group as well.

Ethereum is the king of platforms. These are also called ecosystems, frameworks, and operating systems. Essentially, platforms are like iOS or Android. They are ecosystems for decentralized apps. Other known platforms include Cardano, Zilliqa, Tron, and NEO.

Tokens are created inside these platforms. They have utility or governance use inside a specific program (app). Chainlink, Aave, and Uniswap are examples of popular tokens. A token doesn’t have its own blockchain.

It’s pretty easy to place Dogecoin into one of these categories. It is technically based on Litecoin and its purpose is to function as a fast & cheap digital P2P currency.

The ticker of Dogecoin is DOGE.

Dogecoin was founded by Jackson Palmer

The name Dogecoin has its origins in the famous doge meme, which became popular in 2013. The meme has a Shiba Inu dog in it with some thoughts written in broken English using the Comic Sans font. Doge is a slang word for dog. 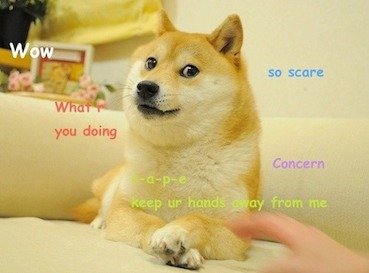 Dogecoin is founded by Jackson Palmer. He had an idea of a new cryptocurrency in November 2013. Palmer made the following tweet on the 28th of November: ”Investing in Dogecoin, pretty sure it’s the next big thing.”

According to Palmer, he had the Coinmarketcap.com website on one browser window and the doge meme on the other. The name Dogecoin is a combination of the words coin + doge. The joke became real once Palmer registered the dogecoin.com domain name.

Around the same time, a programmer Billy Markus run across Dogecoin and contacted Palmer. Markus began creating the actual cryptocurrency by forking Luckycoin.

Below is a short video, where Palmer is talking about the history of Dogecoin.

Previously mentioned Luckycoin is based on Litecoin, which is based on Bitcoin. Hence, Dogecoin is technically very close to Bitcoin. The Dogecoin blockchain started running on the 6th of December in 2013. This is when the genesis block was mined.

DOGE has one special feature, which differs it from almost every other cryptocurrency. It was launched fairly. There are not many cryptocurrencies with a fair launch besides Dogecoin and Bitcoin. It means there was no ICO, no founder allocations, etc. Anyone could join and start mining DOGE from the start.

The year 2015 had a significant event in Dogecoin’s history. This is when the founder, Jackson Palmer, resigned. There haven’t been any major technical updates in Dogecoin after 2015 besides bug and compatibility fixes.

This is what Palmer said in a Software Engineer Daily podcast.

I absolutely couldn’t have predicted that it would grow to the level that it has now. I saw Dogecoin as the pinnacle of mania back then. I left in 2015 after the whole industry had been hit by a lot of scams and consumer option was reaching a low and interest was dwindling from venture funds. I was like, “I think this spot is over.” I really did not anticipate the resurgence that has happened. There are definitely parallels though, and so I think Dogecoin is a historical case study is very important and useful, as a mirror to shine back on what’s happening right now.

The above quote is from 2018. Back then, Palmer was an active figure on social media and created lots of useful educational material on Youtube. Unfortunately, those videos have been made private since.

Many people have heard of Dogecoin due to one significant fan. He is no other than the richest man in the world, Elon Musk!

The tweet above is from December 2020. This is not the first (or last) time Musk has tweeted about Dogecoin. He has also called DOGE his favorite cryptocurrency. Musk even used to have CEO of Dogecoin written in his Twitter bio.

These tweets and jokes made by Musk describe Dogecoin very well. It is a meme coin, which shouldn’t be taken too seriously.

There have been also other times Dogecoin has become a hit on social media. The TikTok campaign in July 2020 saw the price of DOGE move 100 percent in one day. This is how DOGE has also moved after Elon Musk tweets. A big rush of buying comes quickly, which is then followed by a fast downfall.

The program code of Dogecoin is based on Litecoin, as previously mentioned. This means Dogecoin is using the Proof of Work algorithm to reach consensus. It makes Dogecoin a mineable cryptocurrency. The same applies to Bitcoin, Bitcoin Cash, Dash, Monero, and a few other currencies. Almost every new blockchain project has chosen a Proof of Stake variation in the past 3-4 years.

One major difference separating the mining of Bitcoin, Dash, Monero, and Dogecoin is the mining algorithm. Dogecoin is using scrypt, just like Litecoin. Bitcoin has the famous SHA-256. Originally, Litecoin used scrypt to prevent mining with ASIC devices. Nowadays this advantage has disappeared due to the creation of scrypt ASIC miners.

Below is a picture of Antminer L3 ASIC, which is a Litecoin ASIC miner by the Chinese manufacturer Bitmain. 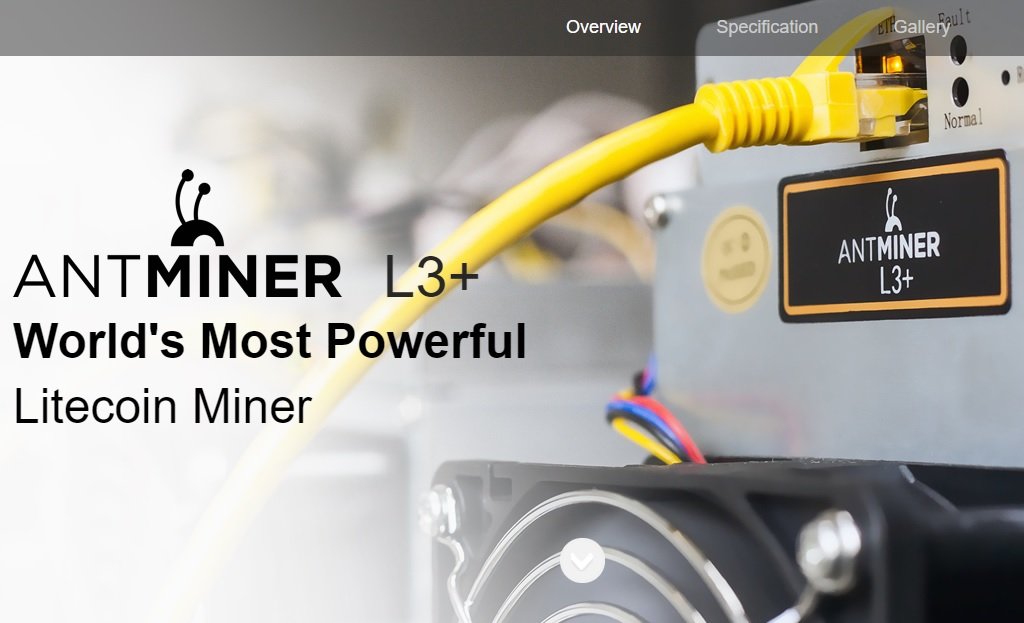 There is also one special feature in Dogecoin mining. It is merged with Litecoin using the Auxiliriaty Proof of Work (AuxPow) technology.

Since many coins use the Scrypt algorithm for their Proof of Work, the basic algorithm for these coins is the same and solutions can be shared. Because of this, miners will be able to submit their solutions to dogecoin even if they aren’t mining dogecoin specifically. To do this though, the coin they were actually mining must have a higher difficulty (guaranteeing that you can’t spend less time than required on a solution).

Right now, the only Scrypt-based coin with a higher difficulty than Dogecoin is Litecoin. Thus, Litecoin miners will be able to choose to also submit their solution to (potentially) receive dogecoin.” (Source: Reddit)

AuxPow was implemented in 2014. It was the Litecoin founder Charlie Lee, who contacted Dogecoin developers and presented this idea. Merged mining with Litecoin would improve the security of the Dogecoin blockchain, which was vulnerable to 51% attacks.

Dogecoin is fast and cheap to use. A new block is created every minute and transaction fees are extremely low. DOGE is well-suited for making micro-transactions, such as giving tips online.

With each block, there are 10,000 new DOGE coins being created. This adds up to over five billion new coins per year. There are currently about 128 billion coins in circulation, which means the yearly inflation is about four percent.

Dogecoin hasn’t seen any major technical changes since 2015. This is not that surprising, though. Coins in the currency category don’t tend to change that much.

Dogecoin is all about having fun

There is a large community around Dogecoin, which has grown steadily over the years. The Reddit page has currently (Jan. 2021) 183,000 followers. The official Twitter account has 187,000 followers. It’s nice to have something fun in the crypto universe, which can be sometimes very hostile on social media.

Even if DOGE is a meme coin and all about having fun, it is also a currency worth a billion dollars. The community can also get serious if needed. It has shown amazing fundraising efforts in the past.

Dogecoiners helped the Jamaican bobsled team to the 2014 winter Olympics, they raised 40 million dollars to build wells in Kenya, and also sponsored a NASCAR driver.

Dogecoin has also been used on Reddit as a tipping currency. All in all, DOGE is a coin not to be taken too seriously. It certainly lightens up the mood on social media!

With all this said, one must remember there are developments and serious efforts being done every day to ensure Dogecoin’s existence. It’s quite impressive how Dogecoin has been able to stay relevant and popular without a billion-dollar war chest or a big marketing team.

Let’s talk about Dogecoin as an investment, then. Can you even do that? Should the words investing and Dogecoin even be mentioned in a sentence together? Even if Dogecoin is a meme coin, it doesn’t mean you can’t make money owning it. There is a significant difference between investing and trading, though.

Investing is usually considered to be something you do with long-term goals in sight. It’s based on fundamentals and valuations. Trading or speculating is something else. You can buy anything and sell it back to the market after one minute with a profit. That is a totally different method of making a profit.

Dogecoin shouldn’t be considered as a long-term investment. The high yearly inflation doesn’t help either. However, it has lots of fans behind it. Dogecoin has kept its place in the top 50 list of cryptocurrencies without any problems. Not many projects are loved by the likes of Elon Musk!

DOGE can be a great buy for speculators, who get the timing right. Price rises are fast and sudden. We have seen Dogecoin jump 100 percent in one day more than once – even in recent history. You should remember the old wisdom, though. What goes up, must come down as well.

If you want to speculate with Dogecoin, you should probably:

There are some investors, who have bought Dogecoin thinking there is a new altcoin boom coming in 2021. If such a thing happens, DOGE could be one of the top performers. We wouldn’t recommend Dogecoin as a long-term hold.

Dogecoin price and how to buy Dogecoin

If you want to buy Dogecoin, we recommend Binance. This is the market leader with the best liquidity. You can buy DOGE with bitcoins or using USDT stablecoin.

If you have fiat (USD, EUR, etc.) you want to convert to Dogecoins, there are two easy ways to do that.

You can also purchase Dogecoin from reliable and popular American exchanges Bittrex & Kraken. These exchanges support bank wire and credit card deposits too.

There is a desktop and a mobile wallet available for Dogecoin. It is recommended to move your coins out of the exchange after purchasing them. Ledger Nano X and Trezor Model T provide ultimate security.

You should also check the video below by Coin Bureau. It gives a good overview of the project. 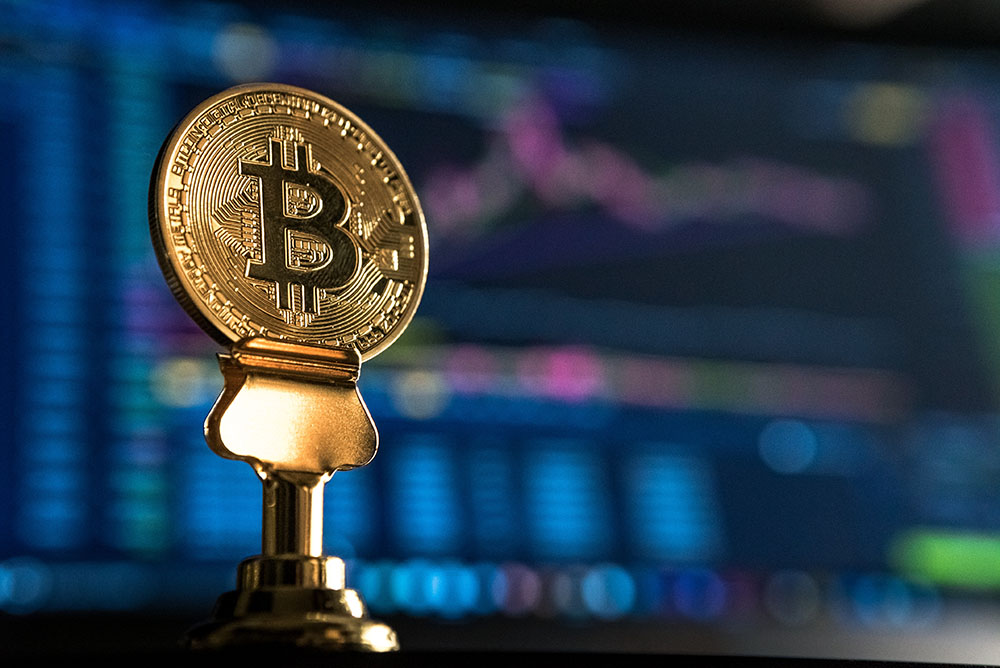 What is Bitcoin? The Beginner’s Guide

Bitcoin is the oldest and the most popular cryptocurrency. Bitcoin has grown from a small ...
By bitcoinadmin
7 days ago 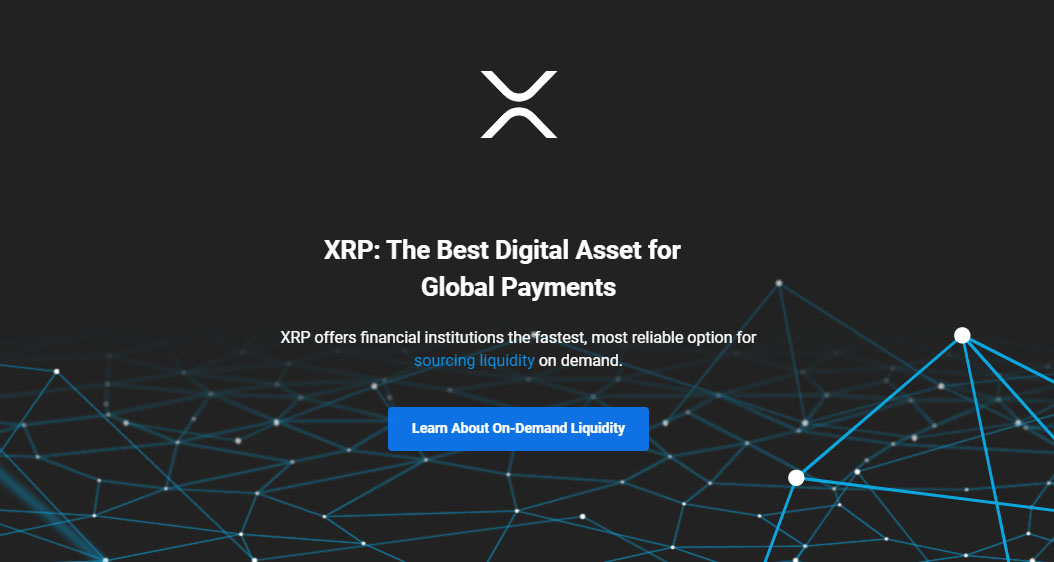 What is XRP? Ripple XRP is one of the best-known cryptocurrencies. It is a coin ...
By bitcoinadmin
April 1, 2021 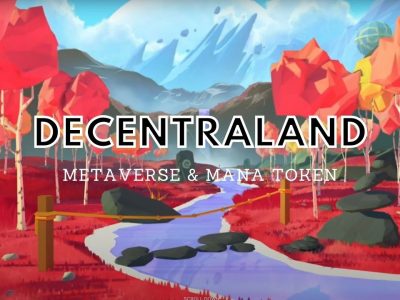 What is Decentraland? The Beginner’s Guide

What is Decentraland? It is a fascinating project in the cryptocurrency market. It is a ...
By bitcoinadmin
March 18, 2021 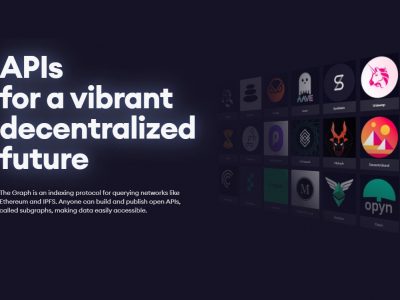 Stellar is an interesting project with roots in Ripple. Stellar has established itself as a ...
By bitcoinadmin
January 8, 2021 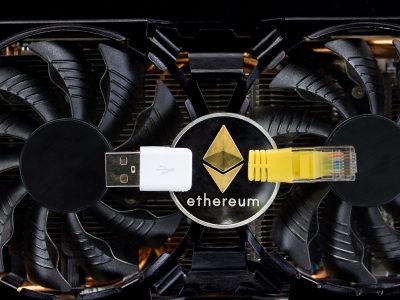 What is Ethereum 2.0? The Beginner’s Guide

What is Bitcoin? The Beginner’s Guide

What is Decentraland? The Beginner’s Guide