Algorand is a smart contract platform that aims to be decentralized, scalable, and secure at the same time. Algorand strives for its goal with the help of a novel Pure Proof of Stake consensus algorithm. This article explores Algorand’s history, technology, and the ALGO token.

Algorand belongs to the platform category

Coins in the currency category have no other significant purpose than transferring and storing value. The most famous currency is, of course, Bitcoin.

Platforms are operating systems for smart contracts and decentralized applications. Platforms can be thought to be a bit like iOS or Android operating systems. The best-known platform is Ethereum. Other well-known projects are Solana and Avalanche.

Tokens don’t have their own blockchain. They are always issued on an existing platform. Tokens can be either governance tokens or utility tokens. DeFi tokens Uniswap and Aave are good examples.

Algorand belongs to the platform category. The project competes directly with Ethereum and other smart contract ecosystems. ALGO tokens are used in the platform for staking, transaction fees, and protocol governance.

Silvio Micali is the founder of Algorand

Algorand was founded in 2017 by professor Silvio Micali of the prestigious MIT University. He is still responsible for the research work in Algorand.

Micali is known as an expert in cryptographic protocols. For example, he was one of the developers of the verifiable random function and zero-knowledge proof protocols as early as the 1980s and 1990s. Micali also won the prestigious Turing Prize in 2012, which can be considered a Nobel Prize for computer scientists.

Below is a picture of Micali from Algorand’s website from where you’ll find a detailed review of his career. Micali has said he got the inspiration for Algorand when he heard Ethereum founder Vitalik Buterin’s presentation of the blockchain trilemma in 2016. Buterin introduced a problem that blockchain cannot be decentralized, secure, and scalable at the same time.

Micali believes this conclusion is wrong. He has also been critical of the problem areas of Proof of Work and Proof of Stake consensus algorithms.

Algorand raised more than $60 million in an ICO in June 2019 selling 25 million ALGO tokens for $2.40 each. Algorand launched its MainNet at the same time. Smart contracts were enabled later that year.

Algorand has also received a significant amount of funding from VCs. It raised nearly $130 million through private and public funding rounds between 2018 and 2019.

Pure Proof of Stake and nodes

Algorand tries to solve the blockchain trilemma with a new kind of Proof of Stake consensus mechanism. It has a focus on blockchain scalability. Algorand’s MainNet can handle about 1100 transactions per second with finality of fewer than five seconds.

The blocks are issued in two different phases. One thousand nodes are randomly selected among all participant nodes for creating a new block. After this relay nodes pick one of these (1000) nodes to add the block to the Algorand blockchain. Previously mentioned Verified Random Function (VFR) is used in the selection process.

The video below explains the basics of Algorand.

Algorand’s participant nodes change regularly to make it harder to attack the network.

All transactions are final in the Algorand blockchain. Once a block is issued, users can immediately trust that the transaction has been 100% confirmed.

This also means that the Algorand blockchain cannot fork, which means that two different blocks cannot be created at the same time. There is also no need to lock the staked ALGO tokens. Tokens are available in the users’ wallets ready to be used for other purposes on the network.

Algorand can operate as long as two-thirds of participant nodes operate according to protocol rules.

Algorand’s developers are working to increase the transaction capacity to 50,000 transactions per second. This is done by using a new Pipeline technology, which assumes the block will be eligible for blockchain as soon as the participant node suggests it.

However, increasing the block size and reducing the time spent creating new block quickly increases the size of the entire blockchain. This can lead to a centralization of blockchain, as fewer and fewer nodes will be able to store the transaction history of the blockchain.

The Algorand roadmap also mentions Vault technology, which allows for a more detailed breakdown of blockchain data. It makes it possible to remove old data from the blockchain without actually losing any valuable information.

Unlike many other platforms, Algorand is not dependent on Ethereum’s EVM speed and its limitations. It can use faster AVM with Algorand’s scalability and security features.

ALGO is Algorand’s native token. Its maximum supply is 10 billion tokens. At the time of writing this article (12/2021), there is about 6.3 billion ALGO in circulation. After its launch in 2019, Algorand lost more than 90% of its value in a couple of months. Since then, token’s price development has been slower compared to many popular cryptocurrencies.

One reason for this is the high inflation rate. Another reason is the fact that the early investors and the Algorand Foundation have been selling their tokens under certain conditions (Early Backer Accelerated Vesting & structured selling). Moreover, staking of ALGO tokens does not require locking, so high inflation has a very little balancing effect on reduced supply.

The good thing is that the sales of early investors and the Algorand Foundation have already come to an end. Issuing of new ALGO tokens has also slowed down, which reduces inflation. It was decided in 2020 that all ALGO tokens will be in circulation no earlier than in ten years. See the image below. This basically means that Algorand’s blockchain must have enough incentives for nodes to operate through transaction fees alone starting the year 2030.

Mr. Micali announced Algorand’s new governance structure at the end of 2020. This would enable all ALGO token owners to influence the project development. It could also bring more demand for the tokens. However, cryptocurrency exchanges that own ALGO tokens would also get voting rights, which could cause problems with centralization.

Like many other platforms challenging Ethereum, Algorand has focused on growing its DeFi ecosystem with different incentives. The music project Opulous, which combines The DeFi and NFT elements, has made headlines recently.

Algorand has even tokenized carbon credits trading into Algorand’s blockchain.

Algorand also helped the Marshall Islands with issuing a digital currency (CBDC). The project has reportedly negotiated with more countries for CBDC cooperation. However, these digital currencies would use the permissioned version of the Algorand blockchain. It wouldn’t bring more demand for ALGO.

Possible news of CBDC contracts would certainly bring more media coverage, which could give a boost to the ALGO token regardless.

Algorand’s inflation, insider sales, and the token’s poor market success have raised doubts about the ALGO token. Even if Algorand has a strong community believing the project, it is right to question how decentralized and secure Algorand is.

Although it is the participant nodes that finalize the network consensus, Silvio Micali has acknowledged that relay nodes can slow down Algorand’s network in case of a slow internet connection.

Relay nodes store the transaction history of the Algorand blockchain. If a large number of relay nodes would lose their connection, the whole Algorand chain was threatened.

If Algorand really cared about decentralization, it would make it easier for becoming a relay node. Perhaps relay nodes play a bigger role than Algorand suggests?

While Algorand’s decentralization can be questioned, the project is still more open than many other projects. While vesting programs were running, the Algorand Foundation announced sales with complete transparency in its monthly reports.

It is worth noting that ALGO is not an EVM compatible token so it cannot be stored in a popular MetaMask browser wallet.

We also recommend watching the video below for more information. 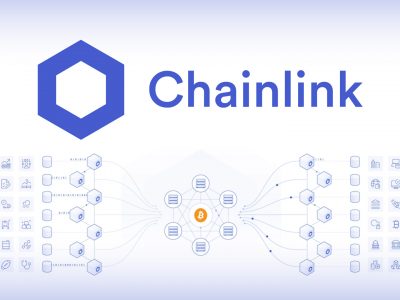 Chainlink is a decentralized application built to solve the oracle problems of smart contracts. This ...
By bitcoinadmin
January 10, 2022 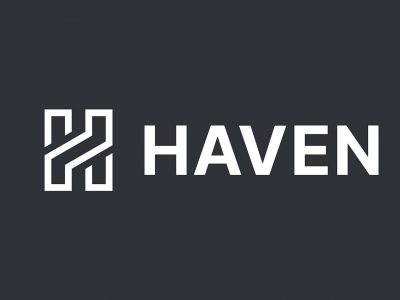 Haven is a project that makes it possible to issue synthetic assets in a completely ...
By bitcoinadmin
December 1, 2021

What is Fantom? The Beginner’s Guide

Fantom has become a popular smart contract platform for DeFi apps. The FTM token has ...
By bitcoinadmin
November 18, 2021 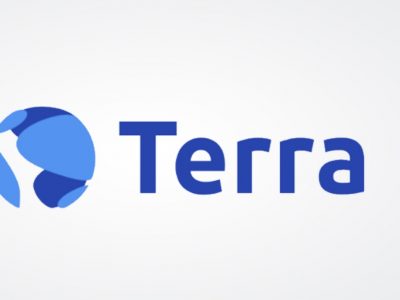 Terra is a platform built around fiat stablecoins. It aims to displace the traditional banking ...
By bitcoinadmin
November 11, 2021